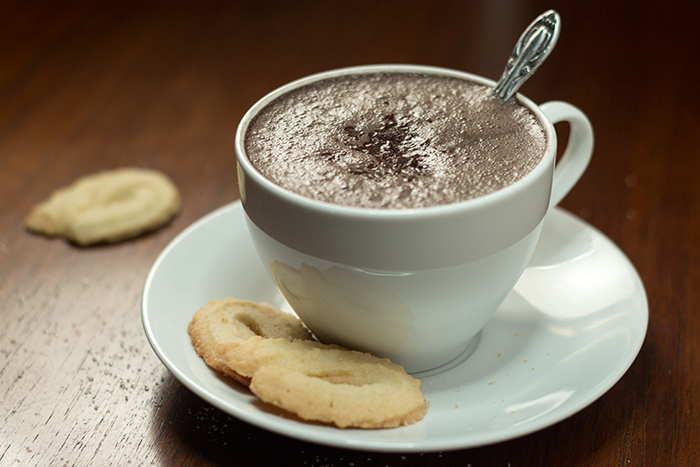 It’s a sunny 63 degrees out while I sip my deliciously dark hot chocolate on this beautifully balmy afternoon.  Not exactly classic hot chocolate weather, but then, who ever said hot chocolate was only for when it’s cold outside?  It certainly wasn’t me because I’ll drink it at any time.

Heisse Schokolade or hot chocolate holds warm memories for me involving the important women in my life.  With my Mother, it was the hot drink I got when I came in after playing out in the snow.  With my Oma, it was that special, evening treat made on the stove.  With my American Grandma, it was her telling me “At least have a cup of hot chocolate” during my college years when I wasn’t interested in eating much, especially not breakfasts.  I’ll admit it might not be the healthiest breakfast in the world (unless you’re comparing it to some Starbucks drinks), it is strangely filling.

Obviously, this decadent drink isn’t exactly just a German thing. It’s a little like coffee in that it’s popular in many parts of the world and often has its own regional flair.  The average, homemade German Heisse Schokolade is very similar to the homemade North American Hot Chocolate. The only real (but rather minor) variations I can see is that Germans tend to prefer whipped cream to marshmallows and adding cream to the milk. Though, I bet there are plenty of households in North America prefer to do that.

So, this recipe I’m going to share isn’t really German or North American but it is influenced by both. 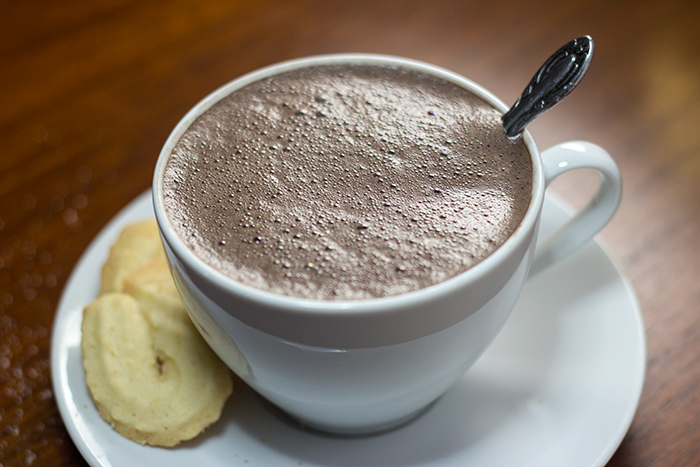 This recipe makes just one mug of dark hot chocolate but it scales really easily. Also, the amount of sugar and chocolate you use in this recipe are completely adaptable to your tastes. 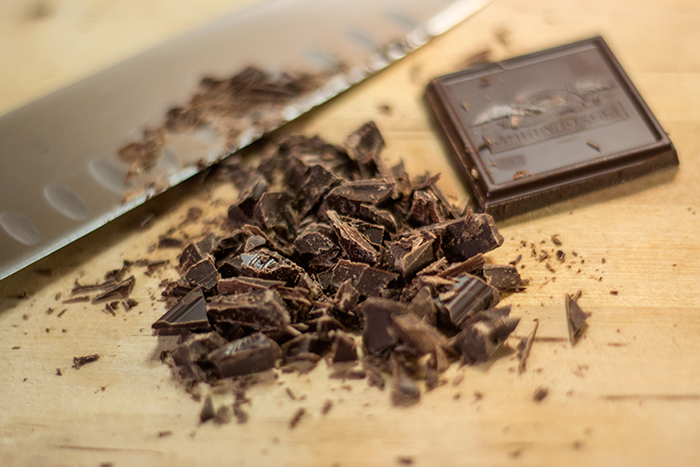 First thing I like to do is to chop up my chocolate with knife.

I use bittersweet baking chocolate (Ghirardelli’s, actually) because I almost always have it on hand but feel free to use whatever chocolate you like!  Dark is best, of course. 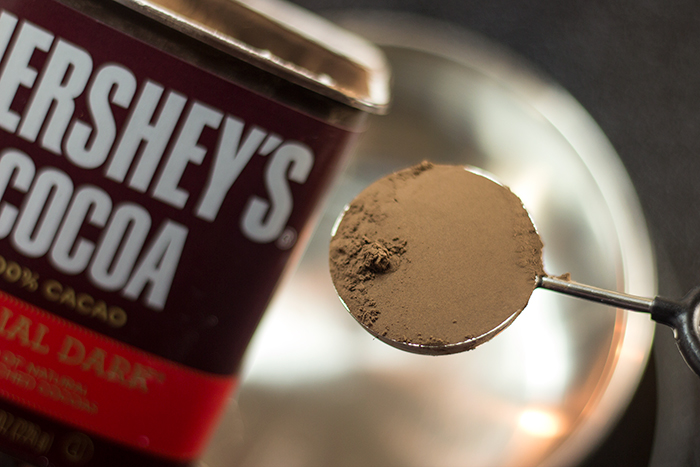 Then I just add all the ingredients to a small saucepan.

Ooh, look… I’m using my Special Dark Hersey’s Cocoa. I’m not even regular Hersey’s fan but this stuff is pretty fantabulous. (I swear, I didn’t get paid to say that.) 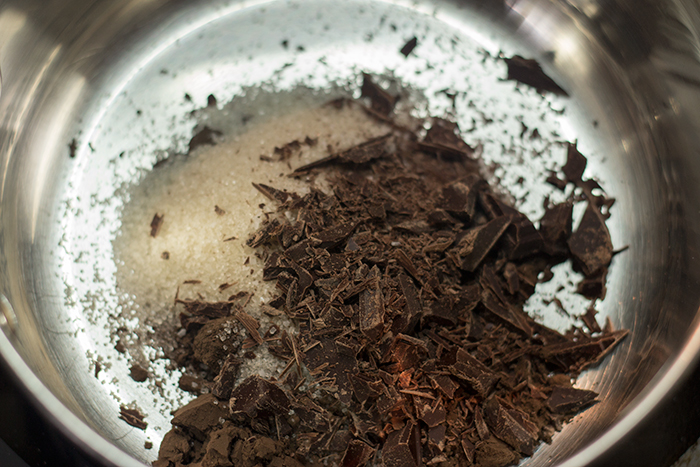 There. Dark cocoa, chopped bittersweet chocolate, vanilla sugar and a large pinch of salt all added to the pan. And yes, you really do want to add the salt as it helps bring out the flavour of the chocolate.

Whisk it well with your whisk.

I like that the name for a whisk in German is “Schneebesen”, which translates to “snow broom”. I don’t really know why it’s called that. It’s also known as a “Rührbesen”, which is “stir broom”.  That one at least makes a little more sense to me.

Next, just add that cup of whatever milk type sustenance you’re using.  Go for full fat on the milk, if you have it, as it’ll taste the best. 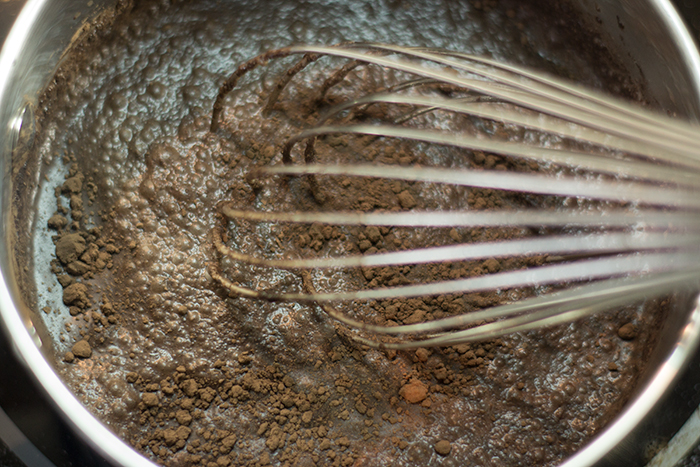 Turn the heat to medium and stir, stir, stir, frequently.  Try to make sure nothing’s sticking to the bottom of the pan as it heats up. 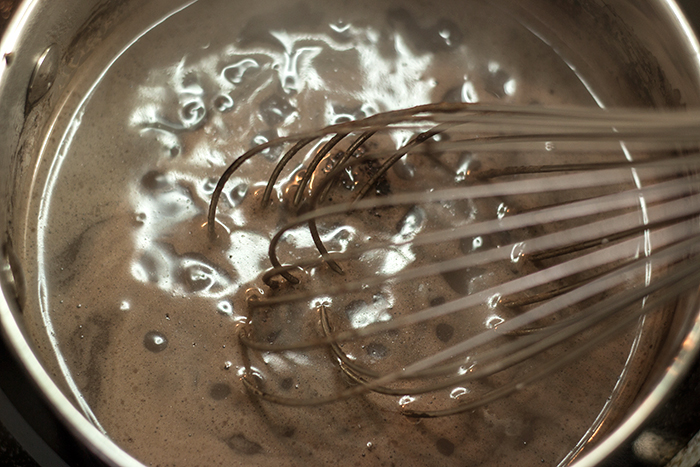 When it comes to a soft boil and looks something like this, you’re all done.

Pour into your favourite mug and enjoy!

A quick note about the optional ingredient of cornstarch:

I don’t know about you but I’ve always found your average hot cocoa mix to be pretty disappointingly thin. While tasty, it usually feels more like a heated chocolate milk. That’s where the cornstarch comes in to fix that.

With just a half a teaspoon of cornstarch per mug of hot chocolate you’re going to make, you can thicken it up so it almost becomes more like what some called “drinking chocolate”.

If you’re going to add this to your mix, make sure you stir it continuously while you’re heating it up, or else you’ll end up with some gummy clumpies at the bottom of your cup. 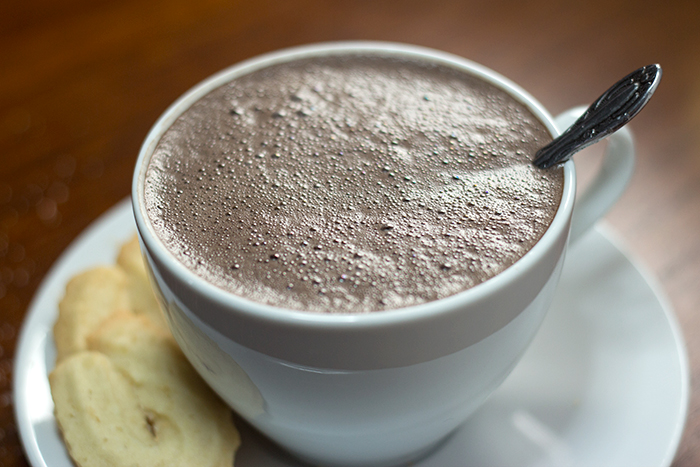 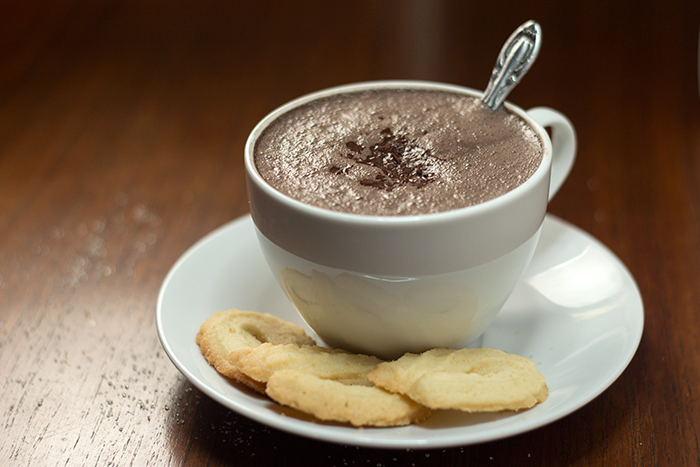 Are you wondering about the foamy top on my dark hot chocolate? I just used an immersion blender to get it all frothy so it would look more interesting for the pictures. If you have a milk frother, that would work even better.
Share with me how you like to drink your chocolate! 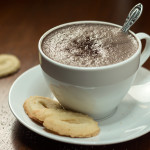 A decadent, dessert-like hot chocolate perfect for any time of the day.
Prep Time 10 minutes
Servings 1
Author The Kitchen Maus

Chocolate and sugar amount can be altered to personal taste.
For a thicker hot chocolate, add 1/2 teaspoon of cornstarch. Stir continuously while heating to make sure it mixes evenly.