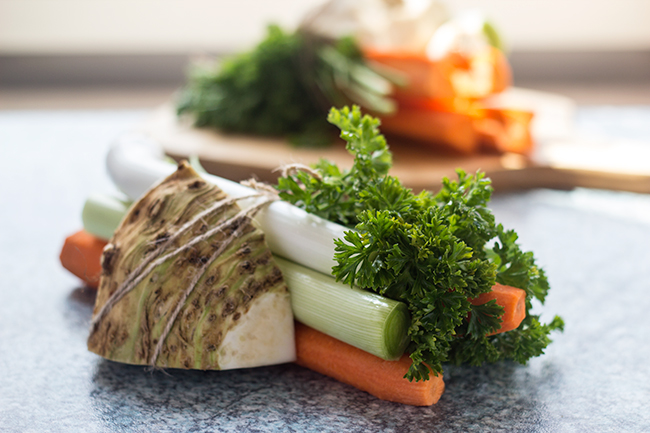 I’m back! Done with my hiatus, settling into Pacific Northwest life again and missing Germany terribly. My husband and I had an amazing wedding. Even though I had a terrible cold that day, I’m only remembering the wedding and not how miserable my body felt. When the official wedding photos come in, I’ll thinking about posting one or two on the blog. I mean, it was in Germany, I wore a dirndl and we served German food, so that’s totally appropriate to theme of my blog, right?

I’m excited about sharing new information and inspiration for German recipes that I gathered while I was there. My first post to kick all this off is going to be a simple introduction to German soup vegetables, known as Suppengrün (soup greens) or Suppengemüse (soup vegetables). It’s the flavour foundation to huge variety of German dishes.

The German soup vegetables are carrots, leeks and celeriac (or celery root) and usually a bit of parsley. Though, it may also include parsley root, onion, rutabaga or thyme depending on the region. Think of it as Germany’s answer to France’s Mirepoix (onions, carrots and celery) or the Cajun cooking’s Holy Trinity (celery, green peppers, onions). It’s a simple vegetable base that is used specifically to impart a certain hearty flavour into clear broths, soups, sauces and marinades.

A friend of mine asked the other day if the German version really made a difference over any other version. Why yes, yes it does. Broths from different cultures not only taste different because of the spices and herbs added but also because of what they use as their simple vegetable foundation. 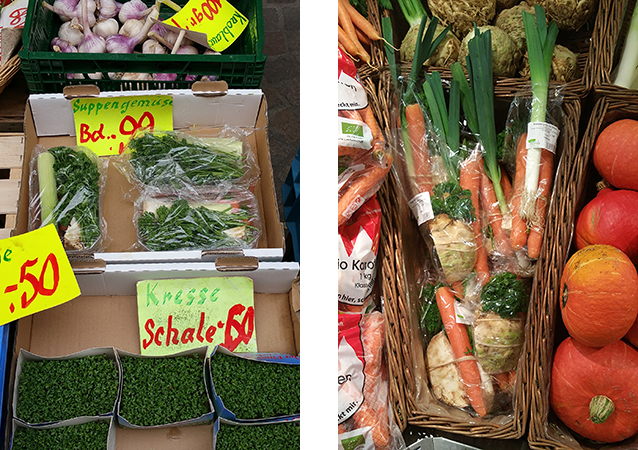 The interesting thing is that in Germany you can buy bundles of these soup veggies all ready to go at any grocery store or market. While you can certainly make your own bundles, it’s not going to break the bank if you buy them premade either. I saw them from 0.99 EUR Cents to 1.49 EUR, depending on the size of the bundle and where you were purchasing it. This is great if you don’t cook a lot and don’t want the extra that would come with buying all these vegetables separately.

Here, of course, we have to make our own bundles and that is what I’m going to show you. 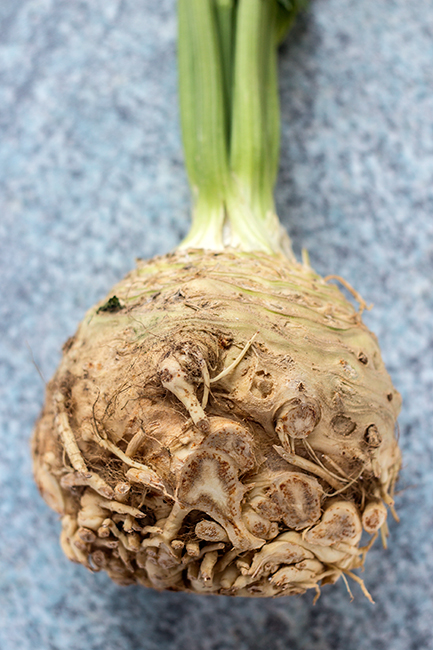 Before I go any further, let me stop and address the celeriac in the room. We North Americans are usually unfamiliar with this gnarly looking root. It’s a variety of celery where the root has been cultivated over the stalks. You can eat the stalks, sure, but I wouldn’t bother. They’re usually pretty bitter. This turnip-like tuber can also be made into it’s own soup, grated into a salad, braised, mashed or eaten raw. It’s a good addition to a potato or turnip mash.

Back to all the soup vegetables. 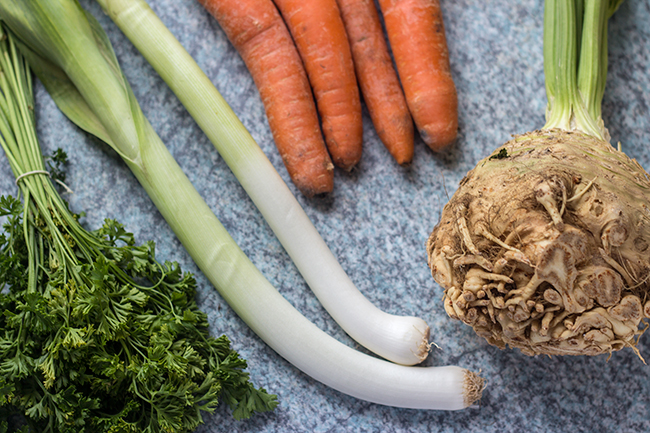 Thoroughly wash all your vegetables.

My Mother will bundle the soup vegetables up into freezer bags to use them at a later date. She doesn’t bother chopping them up first, though you certain can if you want to save time later down the road. Using it fresh is always best but frozen is just so handy. The kitchen twine bundles here are just to look pretty and to give you an idea of what a bundle of soup vegetables looks like. 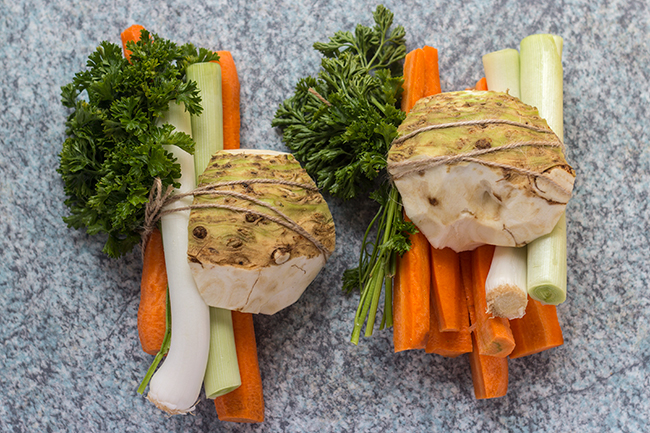 It depends on the recipe for exactly how you’ll end up using this base. Mostly, they’re coarsely chopped, sweated in oil and cooked along with a liquid until they’re soft and have imparted all of their flavour. If it’s a clear broth or consomme, they are usually removed at the end. Though, some home cooks will just keep them in the soup as there’s not point in wasting a little extra food. If it’s for a sauce, they might be browned in fat and cooked down until they’re incorporated into the sauce usually by pureeing or pressed through a sieve. 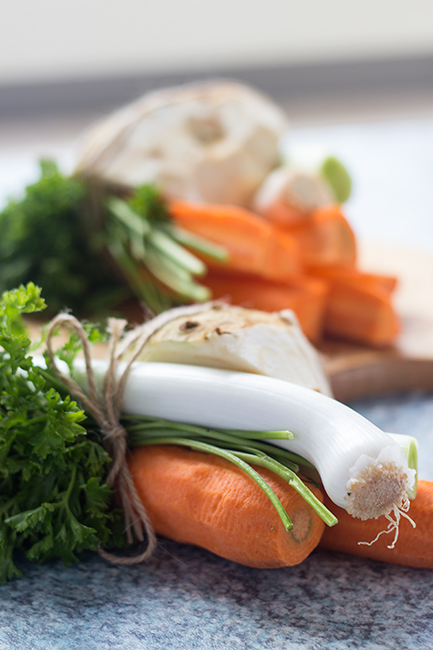 There. That’s my little introduction to German soup vegetables or Suppengrün. I will be referring back to this post a lot in future recipes. But then, that’s the whole point of posts like these.

Stay tuned the next few weeks as I bring you some creamy and very simple vegetable soup recipes I collected – Zucchini Soup, Tomato Soup and Potato Soup.