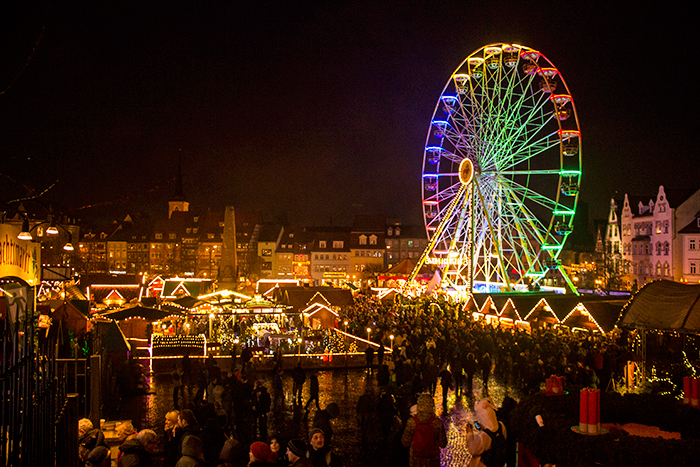 This Christmas we got to spend three lovely weeks in Germany with my immediate family. It was such a wonderful time for us as we wined, dined and even touristed our way through seven Christkindlmarkts (Christmas Markets), various Altstadts (historical city centers) and several warm gatherings with family friends.

Keeping this blog in mind, I paid special attention to food (Um, yes. That’s the reason I’ll give for stuffing myself at every meal. Perfect!). I photographed, tasted off of everyone’s plate, asked lots of questions of friends and acquired a few cookbooks to help learn techniques. 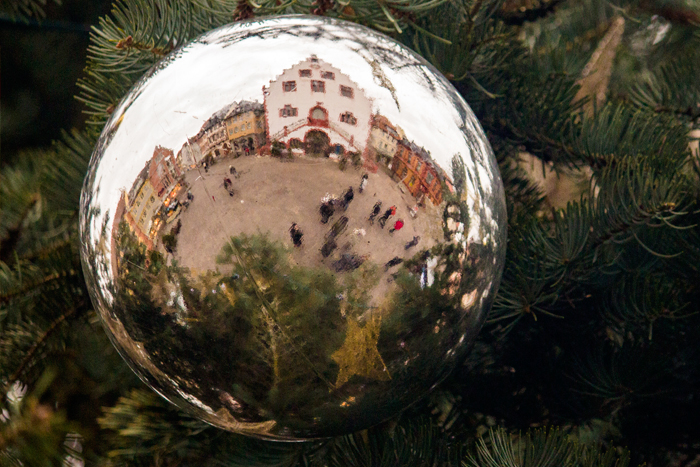 While there are many amazing things I want to learn to cook and/or just to share, it’s always helpful to have a set list of goals.  They also say that it’s good to share your goals (or resolutions), so here’s my list for this new year!

1. Learn to craft a delicious Kraftbrühe 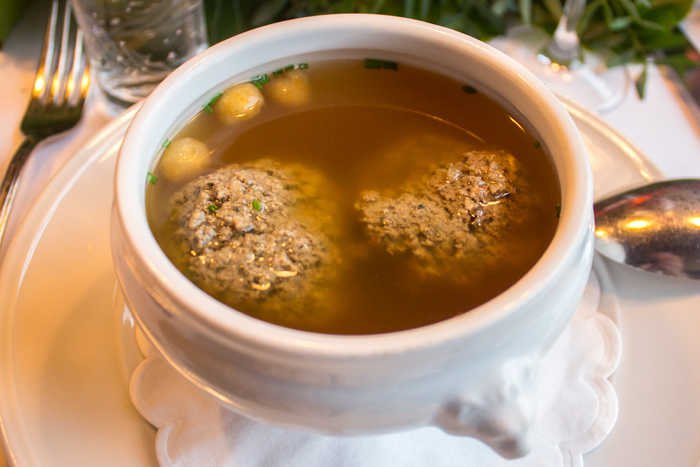 Oh, goodness, the clear broth soups in Germany are positively soul-and-body warming delicious. Every time we went to a restaurant, I had to get one as an appetizer.  Perfect for the wet, winter weather we experienced.

The most popular soups in Franconia are Leberknödelsuppe (liver dumpling soup) and Pfannkuchensuppe (pancake soup).  Don’t turn your nose up at the liver one if you don’t like liver.  I don’t like it either but I love this soup!  The pancake soup is made with strips of German pancakes (thinner but not as thin as crepes) and in case you’re wondering, it’s savoury.

Kraftbrühe (which translates literally to strength broth) is basically a consommé or concentrated and clarified broth. The soups can be made with either regular broth (usually beef) or consommé.  So, I guess this is more of a two-part resolution since I need to learn to make broth from scratch first! 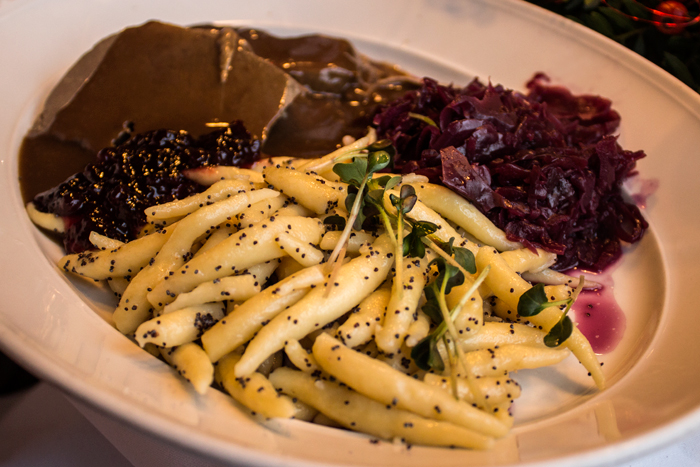 Normally, my favourite potato based food in Germany is dumplings (or Kartoffelklöße).  However, this time it was Schupfnudeln, also known as Fingernudeln, I guess because they do look a little like fingers? Maybe?

It’s a potato noodle that is either served with a sauce based dish like the one above, which was a venison roast* with red cabbage, schupfnudeln with poppy seeds and ligonberry sauce, or as a street food mixed in with sauerkraut, onions, pork belly and crème fraîche.  I’ve already made the latter form once for my family while we were in Germany.  Oh, so scrumptious but a fair bit of work. Just received my potato ricer (very important for this dish) yesterday in the mail, so more practice begins soon!

*Before anyone gets mad at me for having deer, I’d like to point out that deer in Germany is either farm raised or hunted in an ethical manner.  The rules on hunting are extremely strict, so I have less of a problem with it there. It’s not unusual to get fresh, local venison at a restaurant that was brought to the chef by a hunter.

3. Use up leftover bread or buns by making Semmelknödel 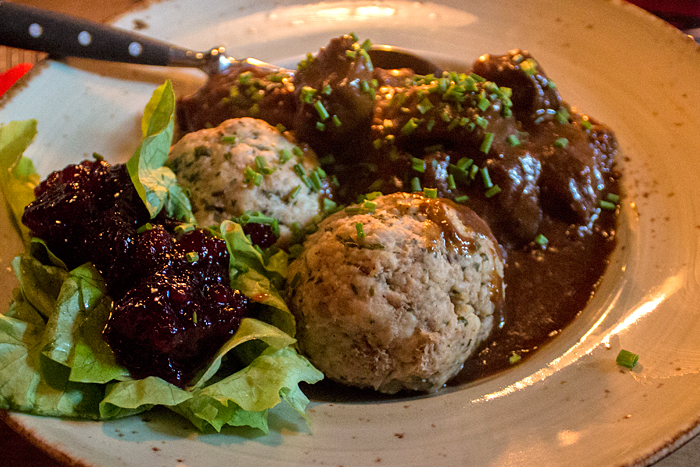 One of the many things I like about German home cooking is that it seems to be really good at using up leftover food and/or making leftovers into whole new dishes. An example of this would be Semmelknödel or bread roll dumplings, which uses old buns to form delectable little dumplings that go wonderfully with sauce or gravy, of course.  In case you haven’t noticed, gravy is very prevalent in Franconian food.

The dish above is deer goulash (yes, having deer again) with semmelknödel and a side of ligonberry sauce.  We were eating at the oldest restaurant in Germany, Gasthaus zum Riesen, which is located in Miltenberg. It dates back to the 12th century.

Anyway, awhile back I found a hand written recipe from my Oma for Semmelknödel in her Christmas cookie cookbook of all things.  I will definitely be using that to try this out.

4. Try my hand at Rouladen and/or Schwablennester 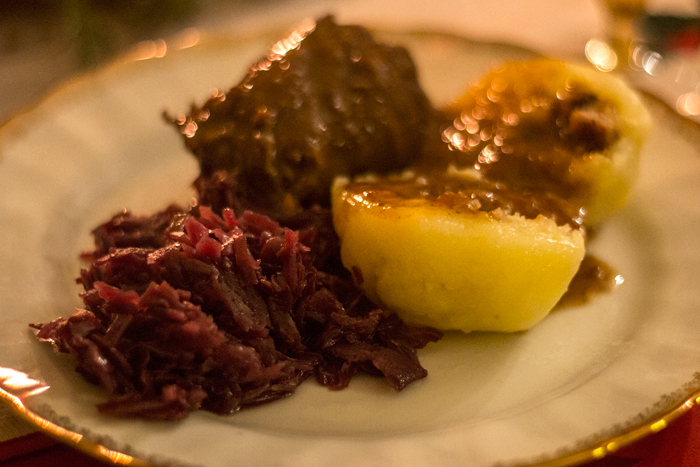 Making either one of these dishes might prove to be tricky in technique and ingredients. It requires very thin slices of beef that have been cut thin but not pounded thin.  It’s not the sort of cut you find easily at the local grocery store but I’ll have to do some research.

My Mother made this schwalbennester dish with potato dumplings and red cabbage for us after Christmas. Restaurant quality, if I do say so myself! 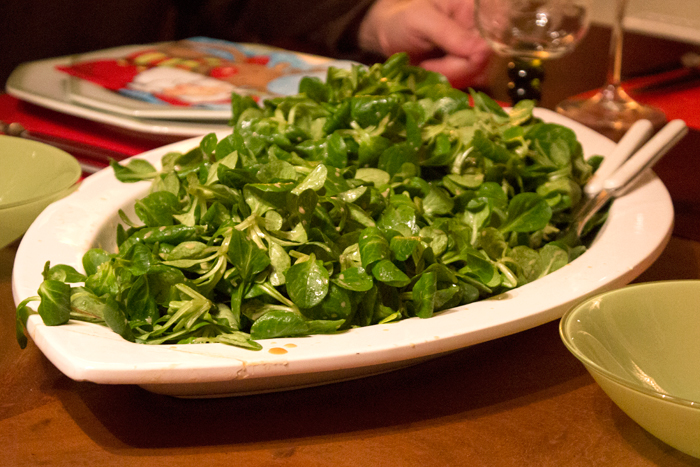 Okay, so that’s not 100% a cooking resolution but I do plan on accomplishing some of this by experimenting with German green salads.  I have to say green salads because that’s what they’re called in German since Germans can made salads out of just about any vegetable – carrots, green beans, red beets, fennel bulbs, celery root – just to name a few.  Think about the cucumber salad that I posted back in August.

I really enjoy the German green salads made primarily with Butter lettuce (also known as Boston or Bibb) and already mixed with an oil and vinegar based dressing.  In the winter, green salads consist of a lot of Feldsalat (translates to field salad) which is grows well out in the fields during the cold winter months. Here, it’s known as mâche or lamb’s lettuce.  I’ve found it at Whole Foods once but wasn’t overly impressed since it didn’t taste as I remembered and wasn’t cheap.  However, I’ll have to try again.

This lovely Feldsalat was made by a wonderful family friend who’s an absolutely superb cook.

That’s all for now. 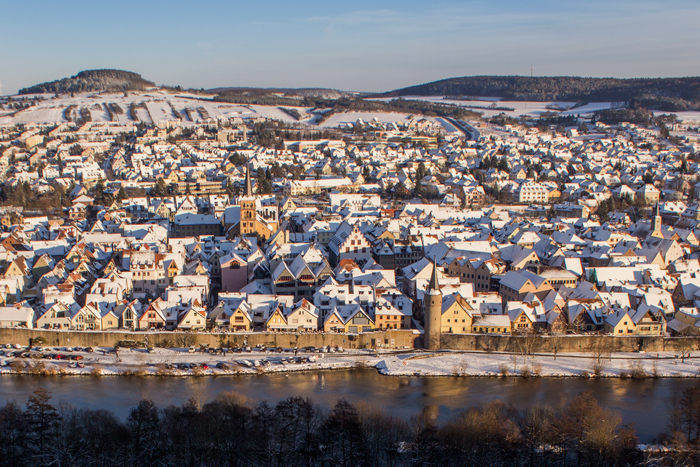 Karlstadt am Main in the snow

Now it’s time to get planning and cooking.  I hope that all of you lovely folks will stay tuned for my posts involving the recipes I mentioned above.  I know I’m really looking forward to making them, though I wish there was an easier way to share my results.

Many good wishes and much happiness to you and yours in 2015!