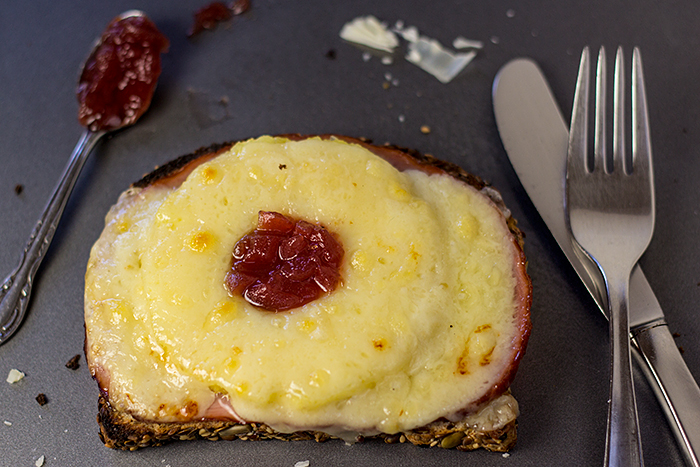 The idea for a Toast Hawaii post struck me one day when I was thinking about my favourite Thanksgiving foods and how to use leftovers.  I know turkey is the star for most folks but I always anxiously awaited the ham and pineapple casserole (very Southern!) which was part of my Thanksgiving dinners growing up.  I just love the flavour of ham, cheese and pineapple, especially when the cheese is all melty, gooey goodness.

There isn’t much to say about Toast Hawaii other than it’s a classic, open faced sandwich that was made popular by a German TV cook, Clemens Wilmenrod, back in the 1950s.  It was considered quite exotic back then.  Hrm, if you read the Wikipedia page on him, it says he’s been created with making Rumtopf popular in Southern Germany!  I suppose I should add that info to one of my Rumtopf posts sometime soon, ja?

Back to Toast Hawaii – Obviously none of the ingredients are really traditional German.  Though, one could say that it’s about as ubiquitous in German culture as grilled cheese is in North America. Personally, I didn’t really have either growing up. So, I thought it was something I wanted tried it out. The most basic version of Toast Hawaii is just a slice of white bread (in Germany it’s know as Toastbrot or Toast Bread), deli ham, pre-sliced or processed cheese and a maraschino cherry on top for garnish.  To be honest, these ingredients do make me scratch my head a little because I’ve never seen any German willingly use white bread or processed cheese for sandwiches.

Well, I’m going to dress mine up a little so that’s a wee bit healthier, or maybe I should just say, fits my taste buds a little more. 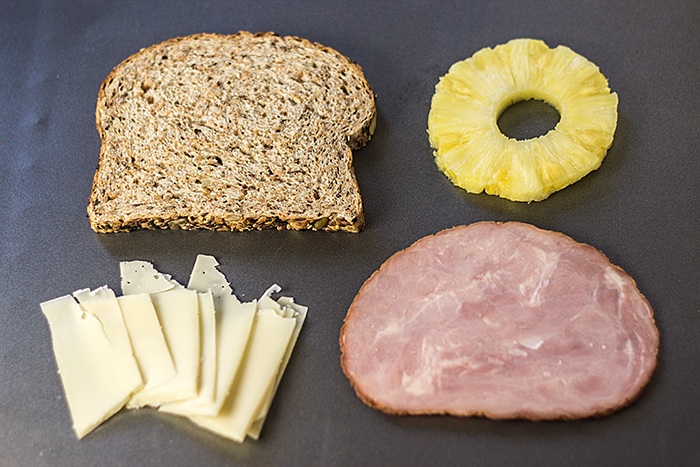 Let’s start with our four basic ingredients – a slice of 100% whole wheat bread, a slice of pineapple, a slice of smoked honey ham and several slices of Gruyère cheese.  If you can get a piece of freshly baked ham, that would be the absolute best! I just bought a smoked ham from the meat department. You can totally just use deli ham, if that’s what you prefer. 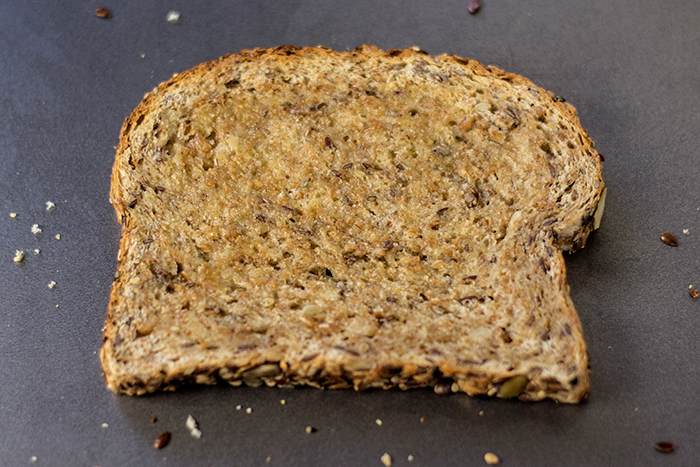 First, lightly toast the bread to give it some structure and then lightly butter both sides. 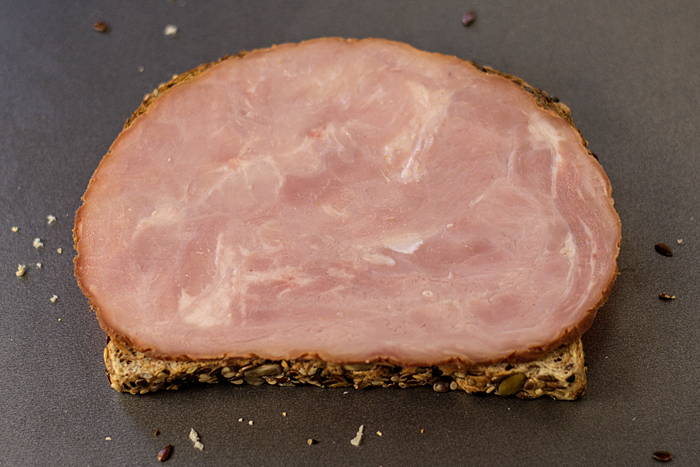 Next, comes the ham. 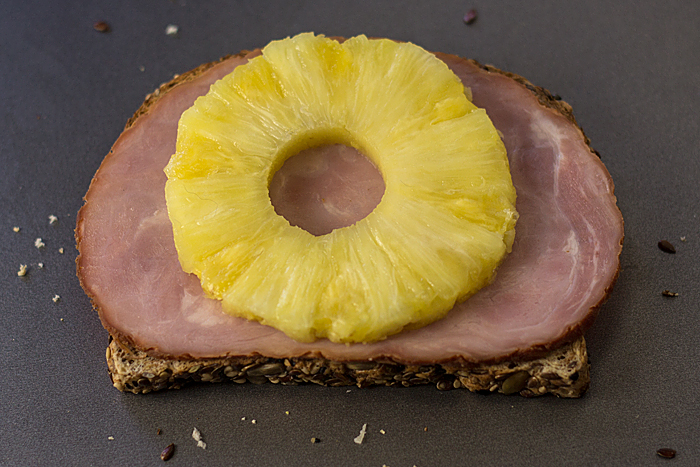 Then, of course, the pineapple. 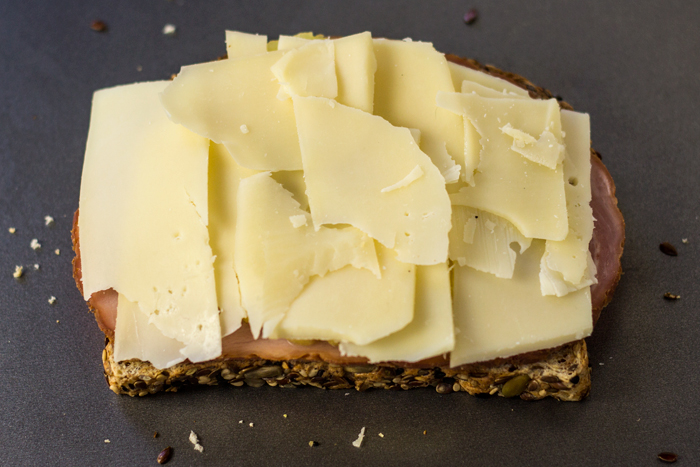 Lastly we arrange the cheese on top and cover up as much of that sandwich as we can.

All very complicated, I know! 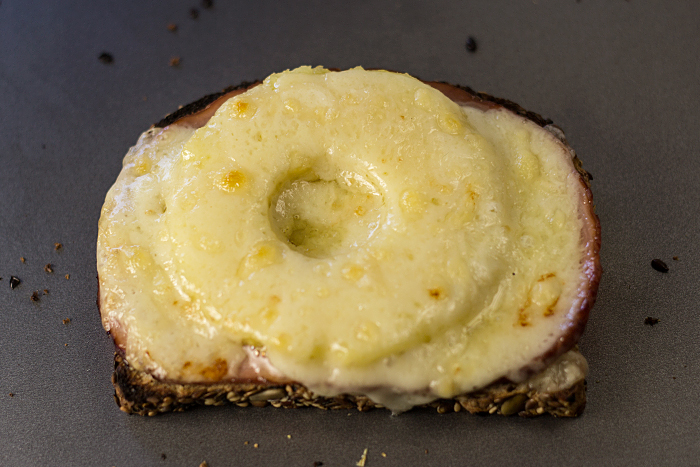 Place it under the broiler (on HI) in the oven for about 2 minutes or until the cheese gets all wonderfully bubbly and begins to brown.  You can use a toaster oven for this, of course, but no matter how hard I tried, I couldn’t get our toaster oven to brown the cheese.  Then again, our toaster oven is pretty temperamental. 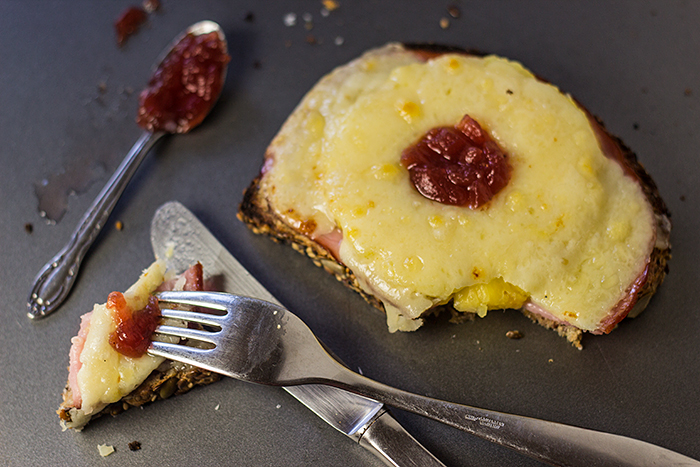 And voila!  Toast Hawaii for the hungry!  I topped mine with some cranberry jelly and it is absolutely delicious.  If you have access to Preiselbeergelee, a German version of cranberry jelly, or Lingonberry (which is just a lowbush or mountain cranberry) jelly, that would be a perfect accompaniment.

A word on cheese types – Use whatever cheese you like best.  I tried out Swiss, Gruyère, Medium Cheddar, Sharp Cheddar and Brie. Gruyère and Brie are my definite favourites for this.  Brie just goes so well with anything on the sweet side.  Gruyère is a little more assertive in its flavour and went with that for the recipe since it’s a little more traditional.

I need to go finish this sandwich up before it gets cold, so I’m going to excuse myself…

Hope you enjoy it! 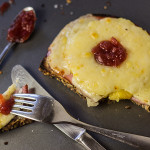 Optional garnish: Cranberry or Lingonberry jelly/sauce
Use whatever cheese you like best. Brie is also an excellent option.

Tell me about how you like to have your Toast Hawaii sandwich!