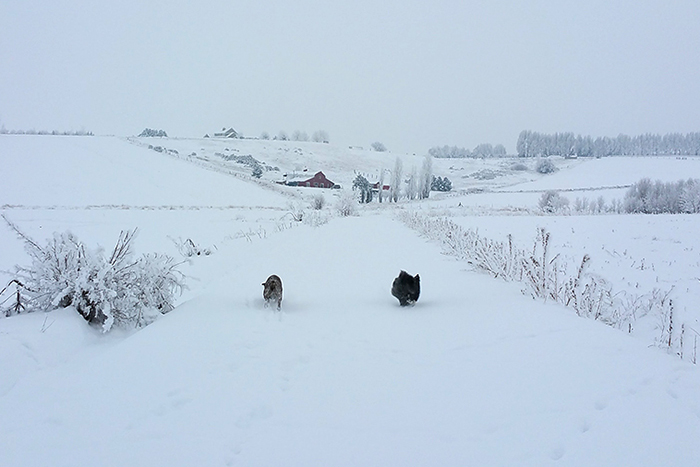 Last January I did a New Years Cooking Resolutions post and I thought it would be a good idea to continue by writing up another one for 2016. Hopefully I’ll make this a trend for myself and write a third installment in January 2017. Even though I didn’t necessarily accomplish all of my 2015 resolutions (but then again, who does? If you did, you’re not only very focused but also very awesome), I did keep them in mind all year and made several attempts at nailing down recipes. Therefore, it really was helpful.

It’s good to start out with goals. 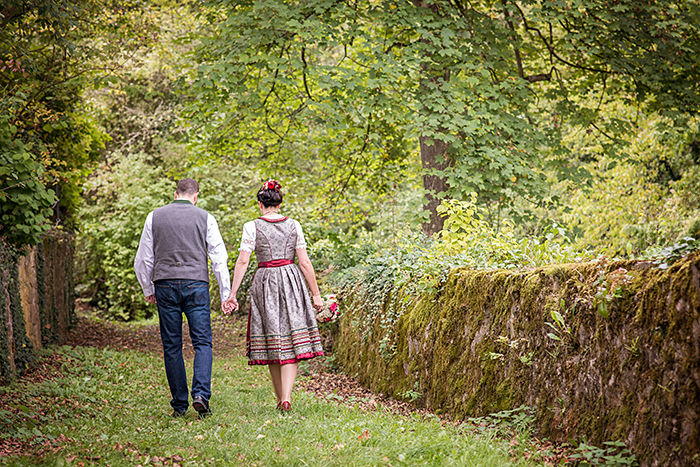 Walking by the Karlsburg Ruins | Photography by Lara Schneider

It was a busy year for us personally this year, as I’m sure it was for most of you too. I was lucky enough to be able to spend two whole months in Germany with my Mom where we mostly planned my then upcoming wedding. We also took time to go on a few side trips to places we’d never been, like Nördlingen and the Lüneburg Heath.

As I’m sure I mentioned before, the wedding was held in September at the Karlsburg ruins overlooking my family’s home town of Karlstadt. We went a little more traditional German as I donned a dirndl and my husband a wool vest. No, he didn’t wear lederhosen, as everyone keeps asking, but I dare say that he was the envy of all his friends by my “letting” him wear jeans.

A few months ago I did say that I would post a photo or two from the wedding, so here we are. By the way, if you’re in the Western Washington area and need a photographer, I highly recommend Lara Schneider. Not only is she a delight to work with, she’s an amazing photographer that loves to travel and is open minded to new experiences and cultures. I love that in people. 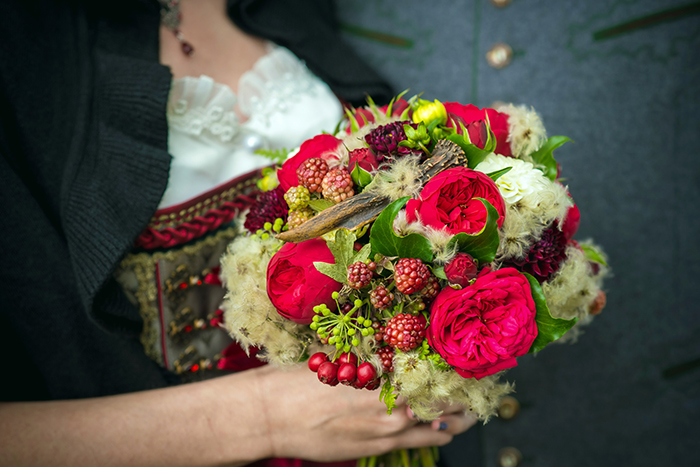 One day I will grow those roses | Photography by Lara Schneider

My blog here has garnered a few accomplishments of its own this year, which has me pretty proud. The Currywurst recipe I posted back in May was featured in recipe list post HuffPost Travel (#7) and my Marble Cake recipe from March was feature on a Buzzfeed list (#9)! The visitor count is steady at an average of 300 a day but I did just reach over 600 in one day for the first time on January 1st (sauerkraut is popular on New Years day). While that’s still really low when you compare it to much bigger and older food blogs, it’s a fantastic improvement over January 2015’s visitor total of 278 for the whole month. Definitely proof it’s growing.

Well, how about I start in on this year’s set of New Years Resolutions? They’re a little different than last year’s.

1. Revisit a goal from last year –  Learn to craft a delicious Kraftbrühe 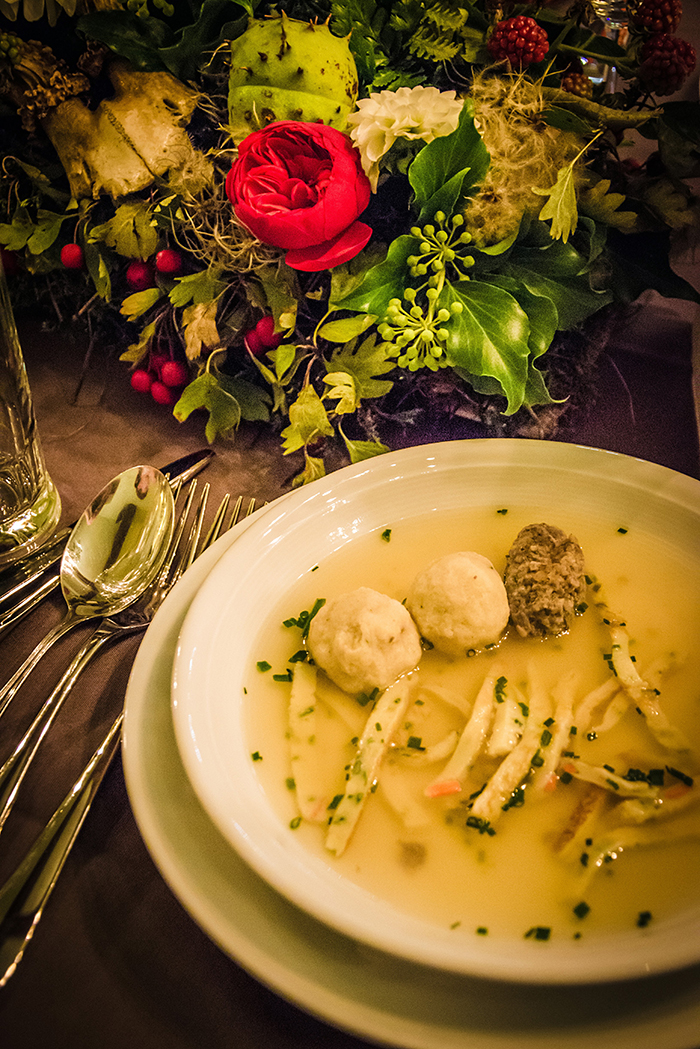 So I didn’t quite complete all those cooking goals (like learning to make Semmelknödel or perfecting my Schnupfnudeln recipe), this is one from last year that I’m the most interested in mastering. I just love clear broth soups and would like to know how to make them without bouillon cubes. I had hoped that I might be able to learn something (or at least ask questions) about making consommés from folks we know in Germany that are professional chefs. We just didn’t get around to that with all the other things we were doing. My Mom and I did make our own Suppengrün or soup vegetables bundles. It was a start.

With all the vegetable trimmings, chicken carcasses and turkey bones I have squirreled away in our freezer, it shouldn’t be too hard to get cracking this year.

2. Redo the photos for one of my older posts 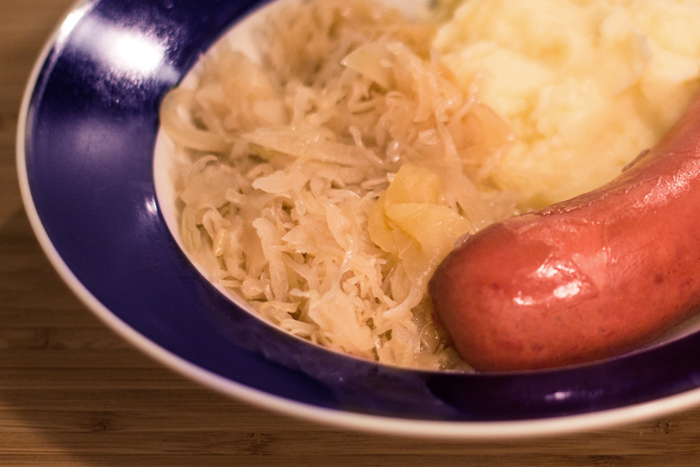 Saving this for posterity

Okay, so I wrote “one of my older posts” but I guess what I mean specifically is my Bavarian Style Sauerkraut post. Every time I see these photos, part of me cringes. While I still have so very much to learn in the realm of food photography, I can definitely see a marked improvement from when this was made in October 2014 to now. It just needs a face lift as it’s currently my second most popular post.

3. Rework the style and user interface of my blog 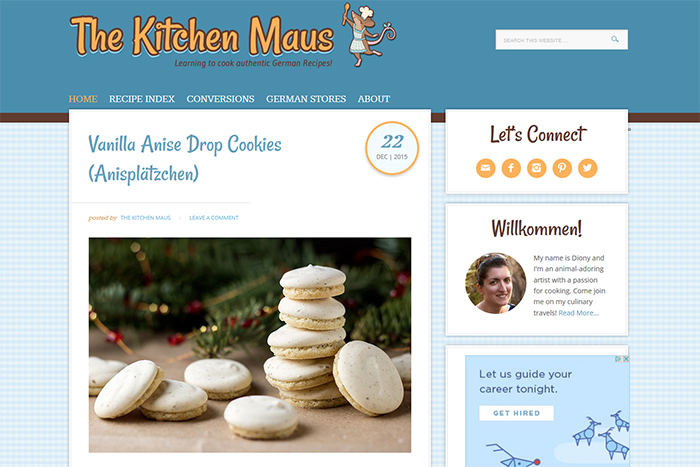 Saving this for posterity, too

There’s nothing wrong with the layout I have now but I’d like it to “level up” a little. I’ve been checking out several blog themes for WordPress over the past few weeks and I’m thinking that it’s time to switch it up. Something that’s more simple and clean. With my photography starting to improve, I’d like to make that more of a focus. It’s highly likely that you’ll see a new layout in the upcoming months, so stay tuned. 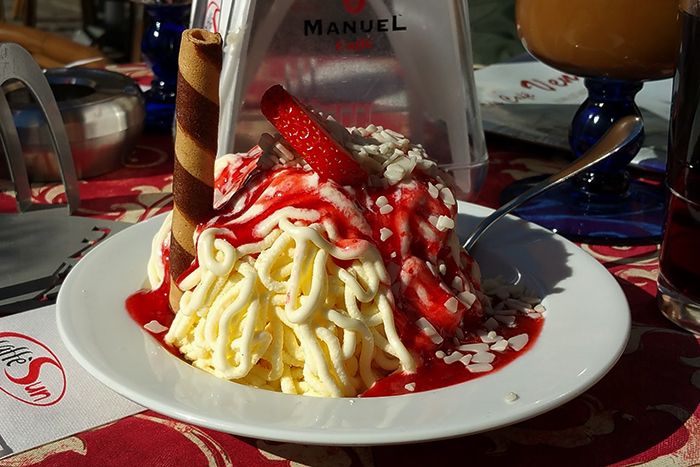 Ice cream is good at any time of the year

I want to get some more of the classic German recipes under my belt and on the blog, like Spätzle, Sauerbraten or maybe even Spaghettieis. The kind of recipes people think about when they think of German food. Nothing more to it than that.

5. Take a recipe suggestion from my readers 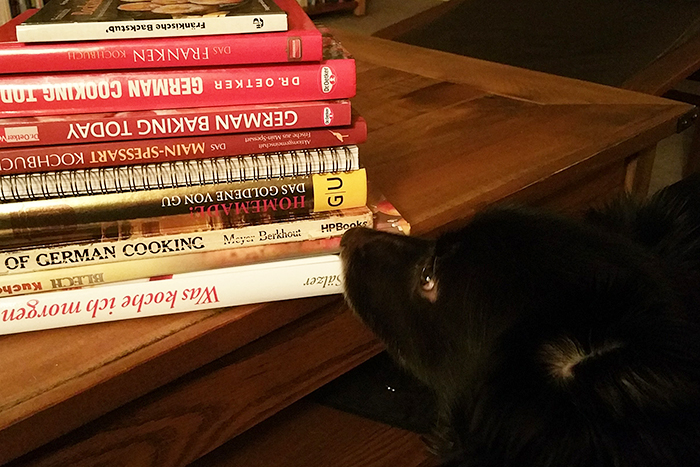 Tui helping me out with my recipe research

I thought it would be fun to get some suggestions from all of you. Give me a recipe you’d like me to cover in an upcoming post. Even though I tend to focus on Bavarian or Franconia foods, please don’t think it has to be that –  just anything German inspired. If there’s ever been a recipe you’d like to learn more about, please feel free to let me know by dropping me a line in the comments below and I’ll get to researching. Or, you can comment on my Facebook update for this new posts as well.

By February 1st, I’ll gather up the suggestions. If I only get one, that’s what I’ll cover. If I get more, we’ll see where we go from there but likely I’ll go with whatever recipe gets suggested the most. Maybe there will be a Facebook poll. We’ll see.

Suggest away, my friends!

That’s all for now. 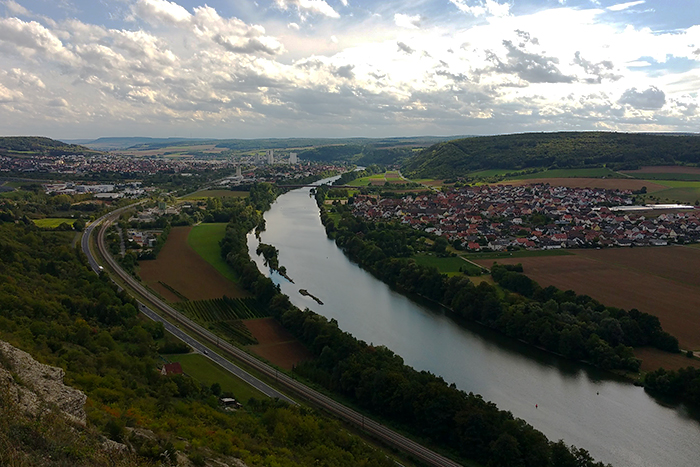 It’s time to get back to cooking, writing, researching and artwork. I love it when I get to count making dinner as part of my “job”, but that’s what it is tonight – checking out a recipe for an upcoming post.

Hopefully I’ll be better about getting all my goals done in 2016 but I have a feeling that I will.

Here’s to all of us having a very happy and very healthy year!