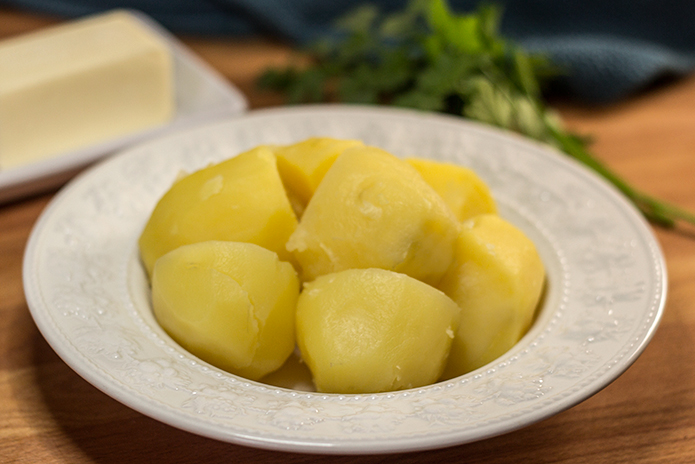 As I’m sure you all know, Germans love their potatoes. There are two main ways they are cooked as a foundation for a variety of potatoes dishes – boiled with skin off (Salzkartoffel), or with the skin on (Pellkartoffel).  I just want to quickly demonstrate both ways so that in the future I can just refer back to these posts instead of always adding photos to each post.  Efficiency, right? Not laziness (I hope).

Also, I aim to over-explain things because I live with someone who prefers more information than less.  Though, really, haven’t we all run into a recipe at one time or another where the author says “Do [insert random cooking lingo here]” and you are left scratching your head?  I’d just rather not assume everyone always knows what I’m talking about. 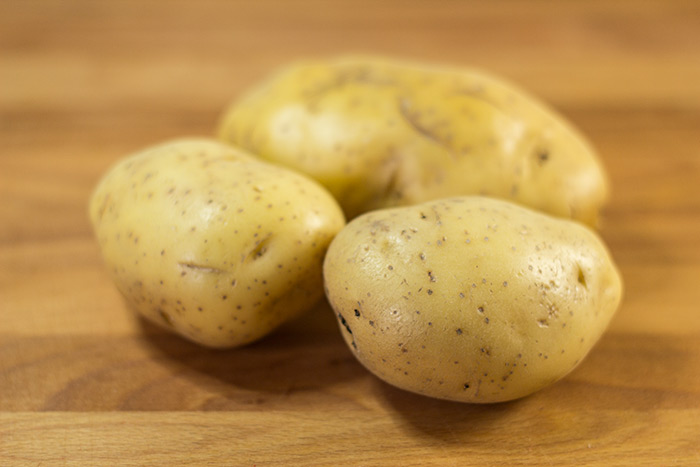 The type of potatoes

First off, the type of potatoes I will always use for German cooking is the Yukon Gold.  It’s a great, buttery, all-purpose potato with a middle of the road level of starch.  This makes it good at holding its shape when boiled but can still be fluffy enough to make excellent mashed potatoes.  They’re also easy to find in grocery stores and are the closest what I know as the archetypal “German” potato.

I don’t recommend Russets or any type of large, white potato because they simply come fall apart when boiled or simmered. That makes them ideal for mashed potatoes but not for this.  Besides, these kinds of potatoes can be difficult to find in Germany.

Red or waxy potatoes are good, low starch potatoes that will definitely hold their shape when boiled, so they would work for many of these recipes. Personally, I feel like these aren’t as good at absorbing other flavours.

This basic recipe is just boiling potatoes that have been peeled first.  It’s a foundation for recipes like mashed potatoes or potato dumplings, but they also make an excellent side dish, especially if there’s a sauce.  It’s also one of those recipes that usually isn’t in any cookbook but instead is just one of those things you’re supposed to know how to make. 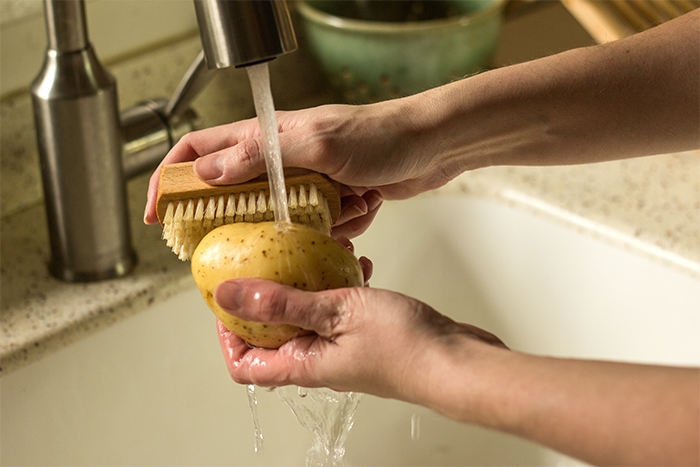 Let’s start by giving the potatoes a good washing. If you have a vegetable brush, it’s not a bad idea to scrub them. 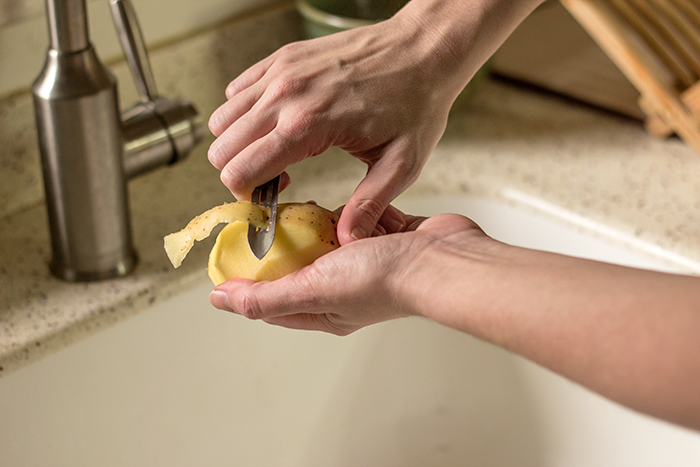 Next, we peel the potatoes. I know, I shouldn’t peel towards myself, so don’t be like me. 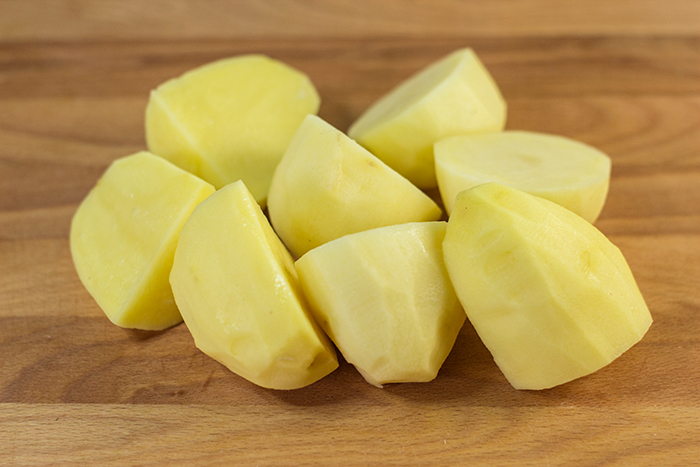 It’s important to have the potato pieces be around the same size.  This means you might need to half or quarter the spuds to achieve this.  I quartered the large one and halved the smaller ones. 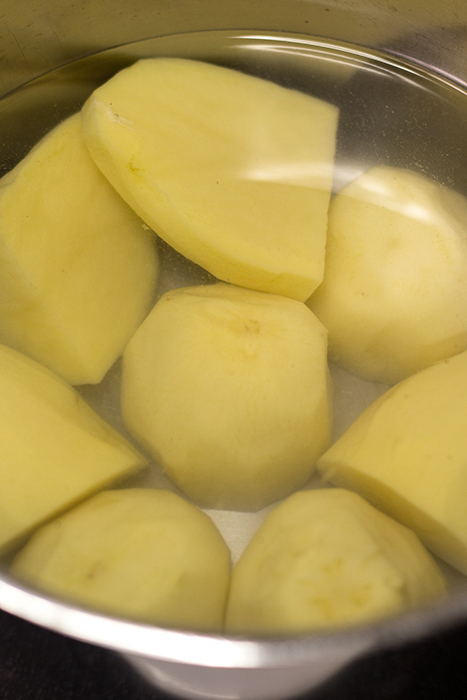 Place all the potatoes in a large pot and cover with cold water and sprinkle in the salt. 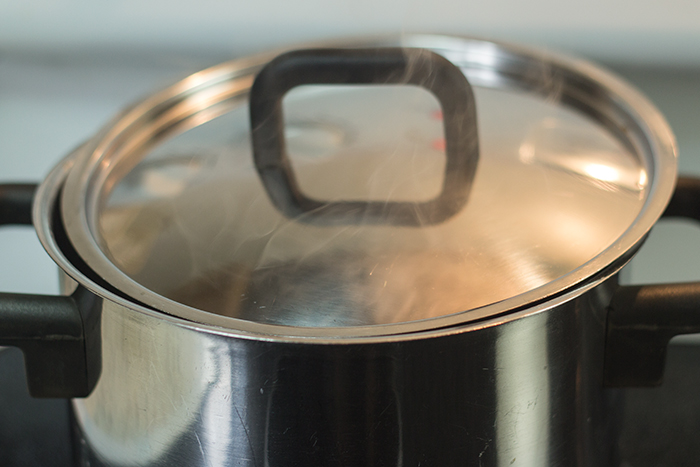 Bring the water to a boil, put the lid on but leave it slightly open to help let the steam escape.  Start your timer for about 15 – 20 minutes. 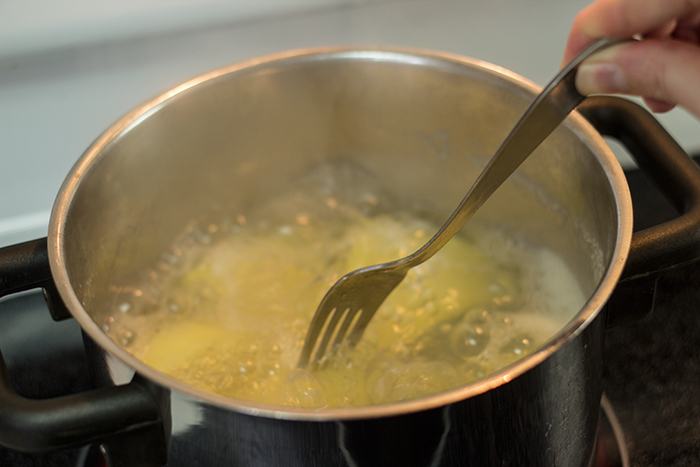 Even though the timer is going, be sure to check the potatoes by poking them with a fork or small knife.  You want them to be done but not overcooked.  The utensil should slide into the potato fairly easily but not so easily that it’s mushy or they fall apart when you do. 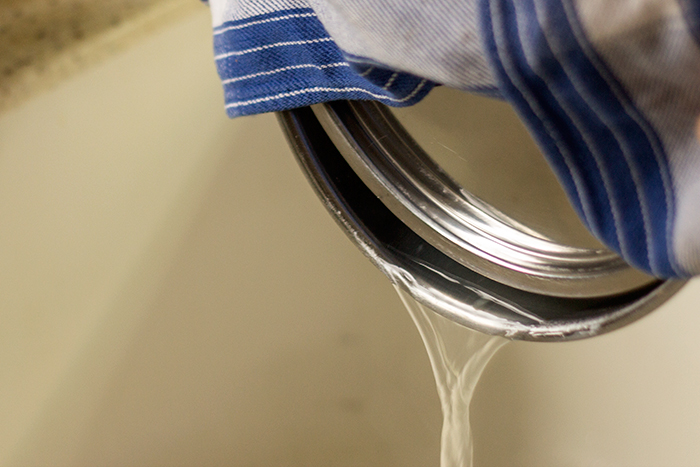 When they’re done, drain the water from the pot. 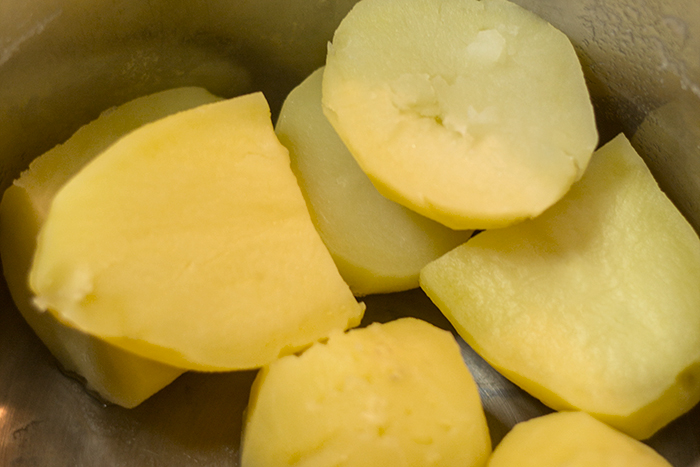 Leave the potatoes in an open pot to let the steam escape for about 5 or more minutes.  We’re just looking for them to dry off a bit. 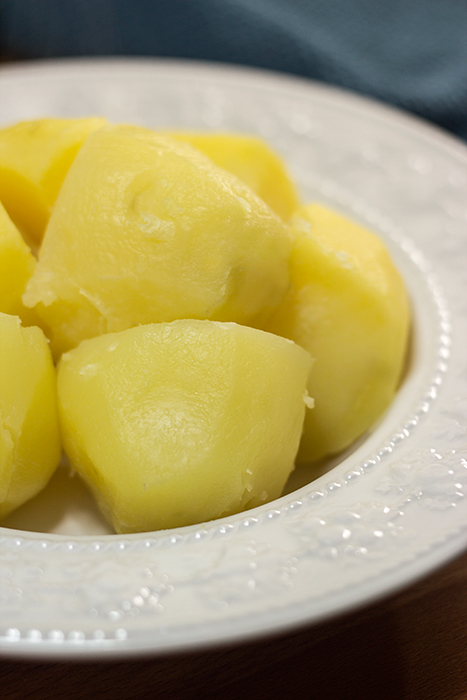 There you go! The very basic, boiled potatoes that can accompany so many different dishes.

Not much more to say about it! 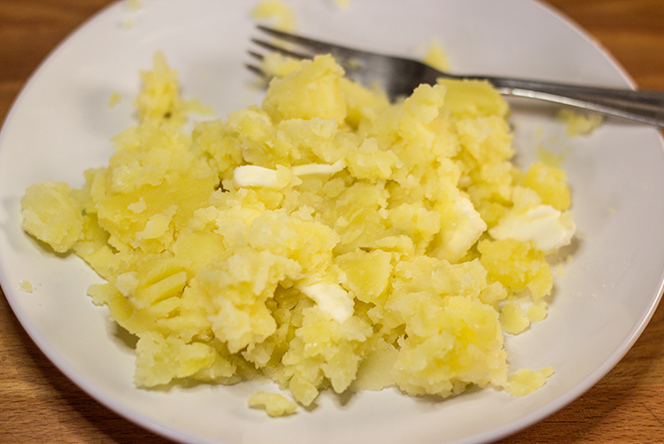 And then if I’m having them as a side dish I go and do this to them – mash them down with my fork and sprinkle them with a little more salt.  Been doing that since I was little and still love it. It’s kinda of like rough, almost mashed potatoes.  Not very pretty but sure is tasty!

So tell me, with kind of meal do you eat your boiled potatoes? 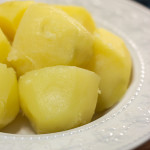 Keep an eye on the potatoes by poking with a knife or fork to make sure they don't become overcooked. 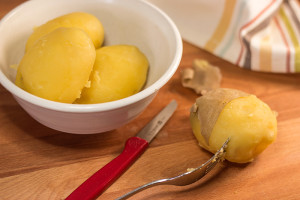